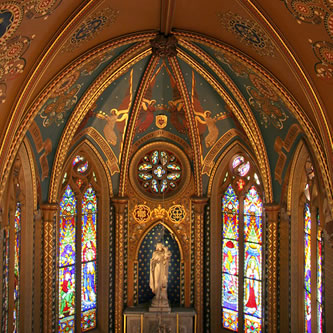 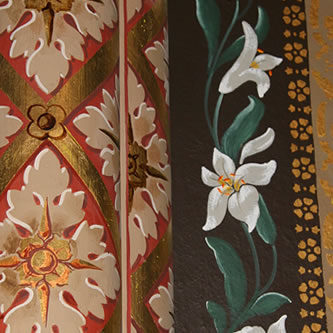 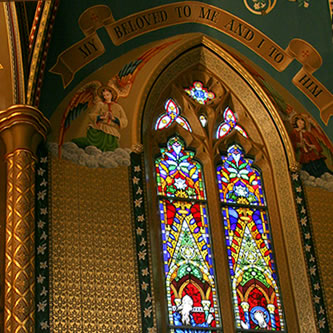 “a most beautiful and sacred place…”

The Lady Chapel within St Francis’ Church is a most beautiful and sacred place. In 2000 Mulholland Restorations were commissioned by the community of the Blessed Sacrament Fathers to restore the chapel paint work.

Starting from its original highly decorated scheme, the chapel had undergone a number of changes and abbreviations since it opened in 1858. Over varnishing and water entry had also had a negative effect and the interior was quite smoke stained.

A decision was made to restore the chapel to its full original painted design. Works proceeded to remove all extraneous matter and coatings to regain the ‘lost design’. The walls were consolidated and the repainting works advanced.

Paint scrapes revealed what was added and what was missing and allowed the company to undertake the redecoration of the most beautiful chapel in Melbourne.

The work is of the highest standard and the results allow the chapel to stand in the most dignified painted condition and spectacular appearance possible. It has been the company’s greatest privilege to assist with these works.